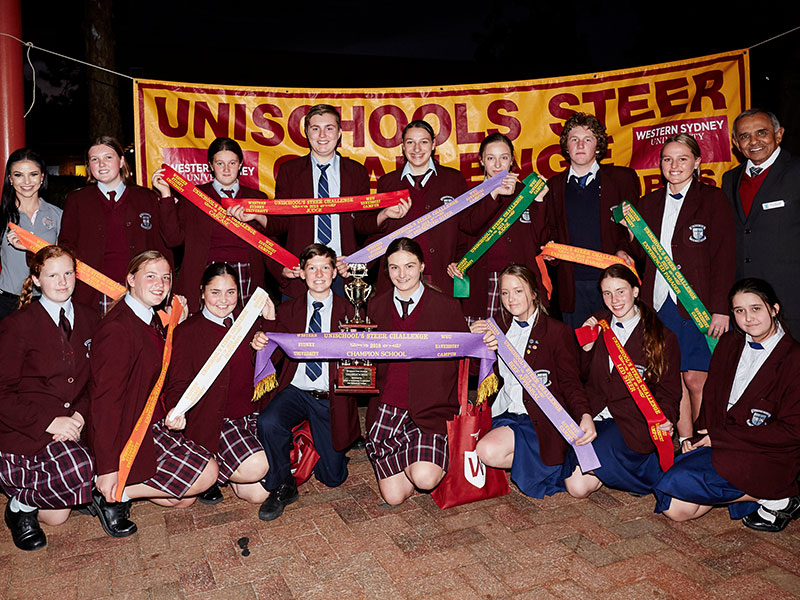 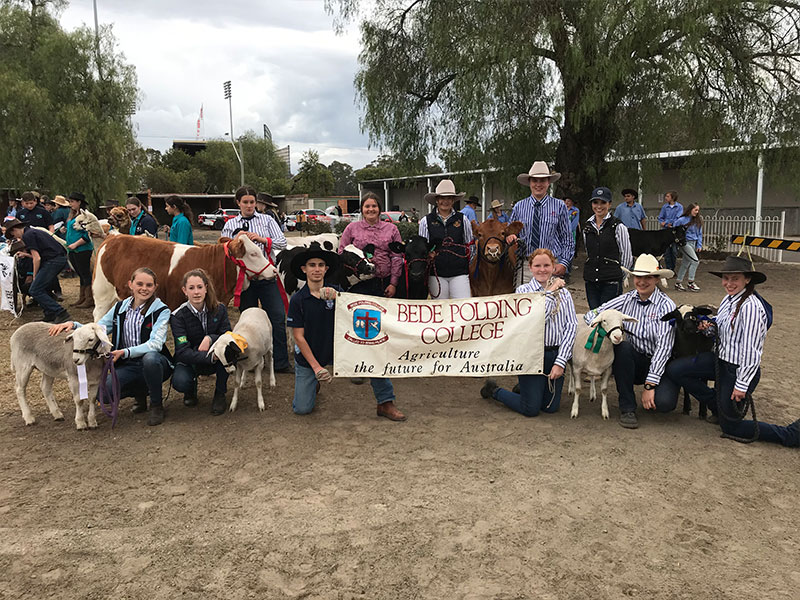 In what has been a stellar year, Bede Polding College has been named Champion School for the 2018 UniSchools Steer Challenge, which saw students raise a Poll Hereford steer for three months.

This marks the end of the shows for 2018 in what has been a busy but rewarding year for the Agriculture Show Team.

This is the sixth time Bede Polding has won the UniSchools Steer Challenge competition since Western Sydney University began hosting it in 2001.

Each school was given a steer to raise for 100 days, and the teams were judged on their ability to raise, grow and train their calves.

Adjunct Fellow with the university’s School of Science and Health, and organiser of the competition, Stephen Blunden, congratulated the hard work of the schools and all the teachers involved.

“There are unique challenges that go into raising a steer in suburban Sydney so it’s been a great effort from the students involved," said Mr Blunden.

As part of the competition, the skills students had learnt from raising their steer was put to the test at the 'Live day' competition at Hawkesbury Campus on Friday, September 7.

Steers were judged in several categories including steer weight gain, and best presented steer. Students were also judged in the categories of parading and herding.

Visitors to the show would have been able to observe the students shoulder the responsibility for the frosty morning wash and polish of livestock ready for judging and have a yarn with the students about the animals under their care. A highlight was the grand parade, where students were ‘a buzz’ as they circled the complex with their animals and banners.

Educationally both competitions offers an authentic learning situation for pupils that can’t provide within a classroom.

These placings gave us a total of 105 points which determined us the WINNER by 7 points of the 2018 UniSchools Steer Challenge and Bede Polding College was awarded the Champion School Trophy.

The school would like to extend a huge thank you to all students and parents involved in the Agricultural Shows. We are extremely grateful for all your support and hard work. 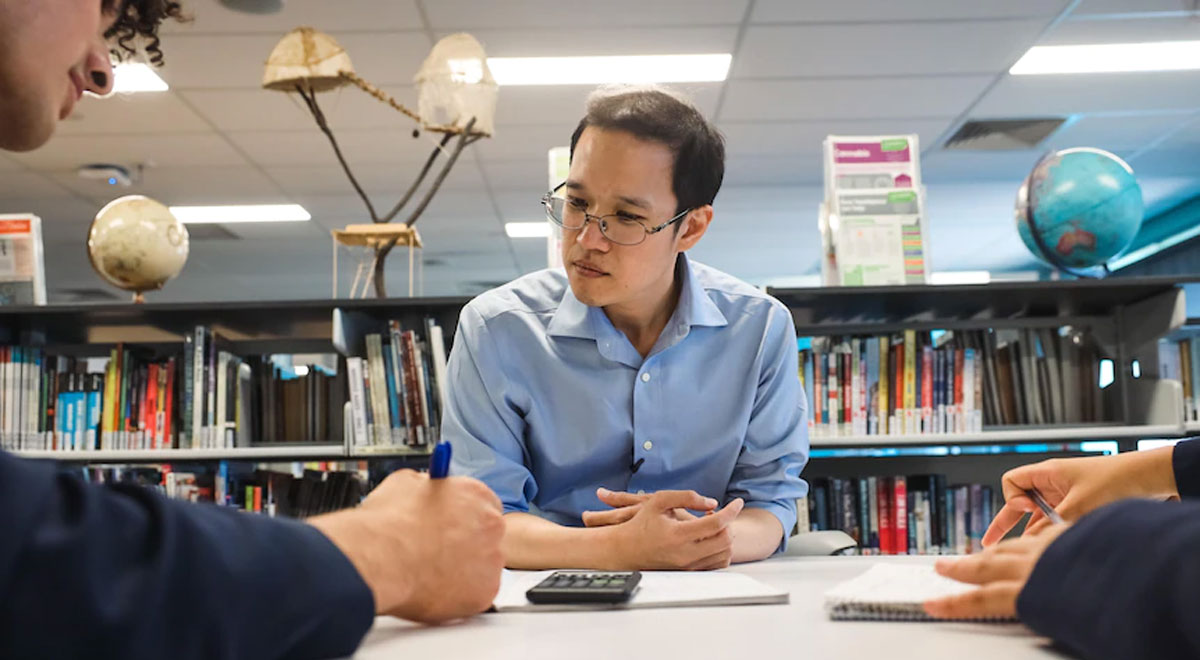 A program placing people who want to change careers is being employed in New South Wales from next year, in a move that's hoped will help with the state's teacher shortage. 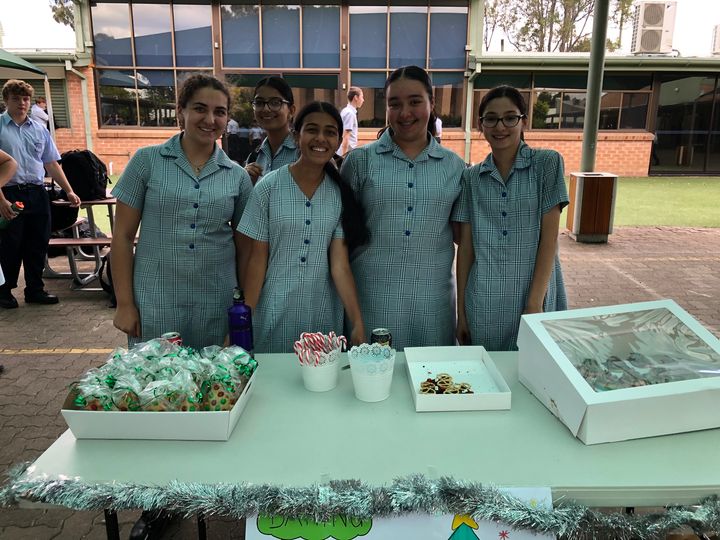 🎄Our Vinnies Christmas Fair was held on Tuesday at lunchtime! 🎄 Students and staff were able to purchase a sausage sizzle or some baked goods, participate in Christmas activities and sing along to Christmas songs - all prepared and performed by our students! All proceeds will go to the Vinnies Richmond Conference, which will help those people in our Hawkesbury community who will be doing it tough this Christmas. Thank you also to everyone who donated items for our Vinnies Christmas Appeal! "Whatever you do to the least of my brothers and sisters, you do to me" Mt 25:45. 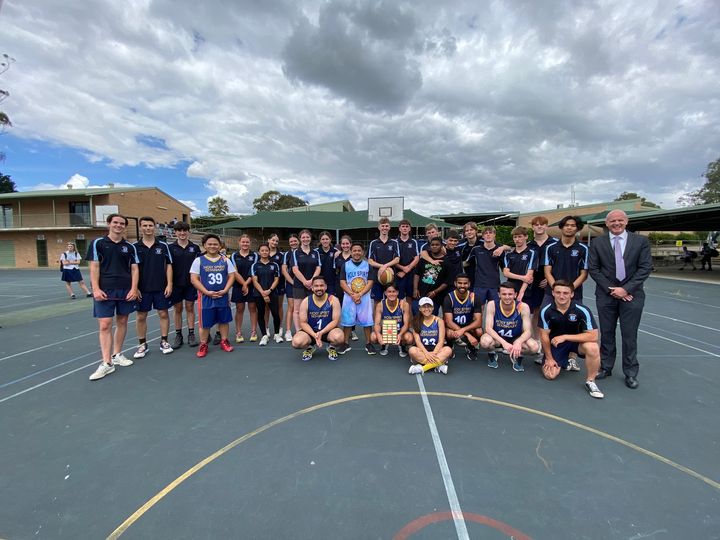 On Friday, a team of priests and seminarians from Parramatta and Broken Bay Dioceses visited Bede Polding to play a game of basketball against a team of Senior students. In a hard-fought contest, the Seminarians emerged 19-15 victors against the 'Peacemakers'. It was a great opportunity for competition and camaraderie, and an opportunity for students to interact with priests and seminarians in a new context. We look forward to more games like this in the future! 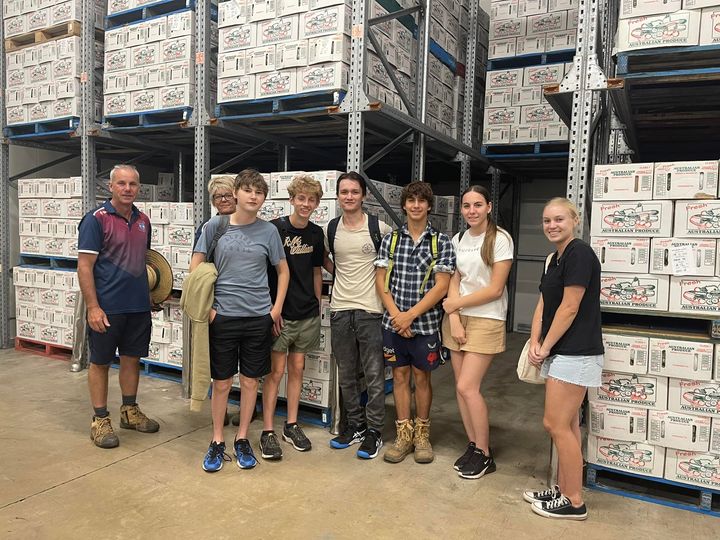 On Monday, our Year 12 Agriculture class visited Family Fresh Farms at Peats Ridge to view the operations of a state-of-the-art glasshouse cucumber growing facility. The facility has a total of five hectares under glasshouses and they distribute ‘Cukes Baby Cucumbers’ to the major retail supermarket chains, producing 13.6 million punnets a year from two hot houses! The students will use the information learned on this visit to cover important syllabus content. We would like to thank Family Fresh Farms for allowing us to visit the facility and for explaining the operations and logistics of the business. Their time and effort are greatly appreciated by the Bede Polding College community. 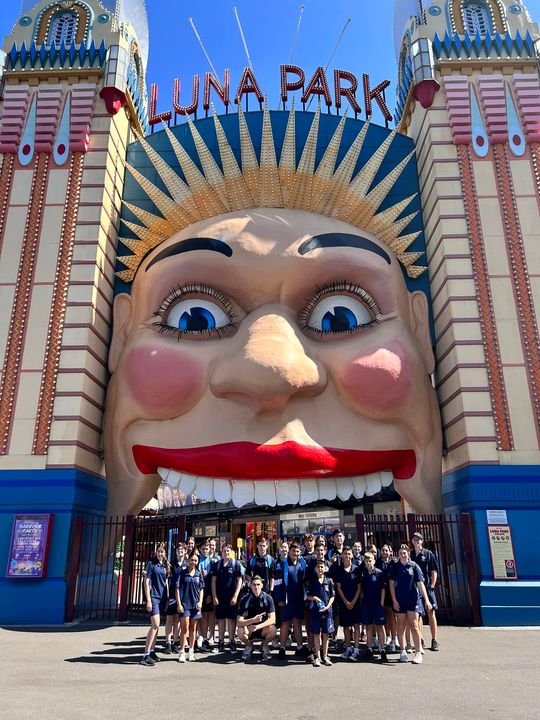 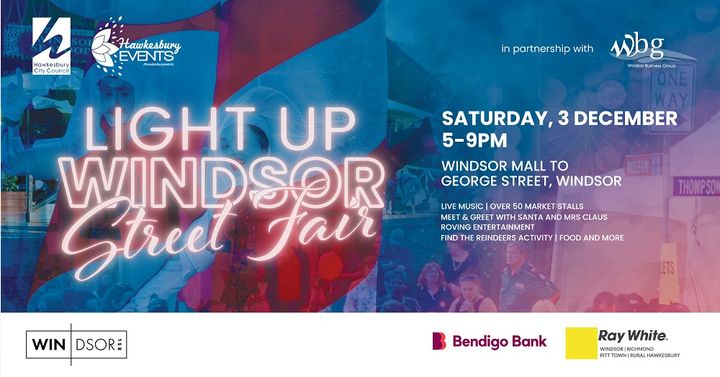 On Saturday, our College Vocal Ensemble will be performing at the annual Light Up Windsor Street Fair. For the annual fair, Windsor Mall and George Street will burst to life with Christmas cheer from 5 pm to 9 pm, including dozens of market stalls, snow flurries, Christmas lights, and entertainment including a Bede Polding set on the main stage at 5:35 pm. For more information go to Hawkesbury City Council #lightupwindsor22 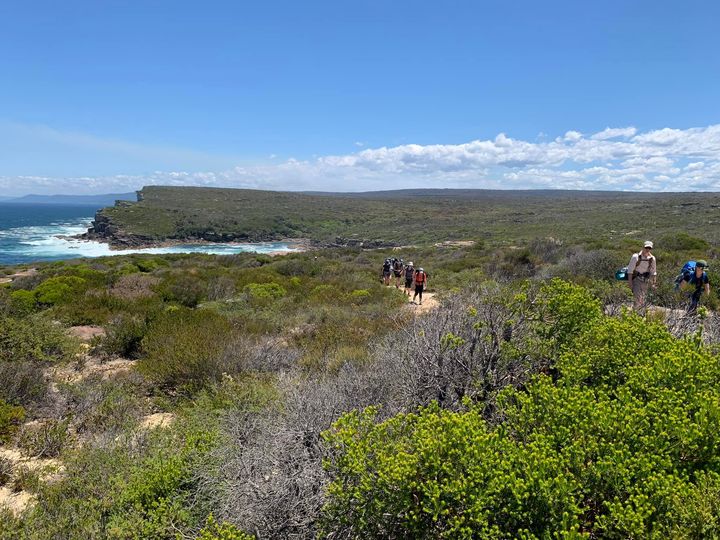 Some great photos from the 2 day expedition that our Bronze Duke of Edinburgh students completed last week! 🥾☀️🌊 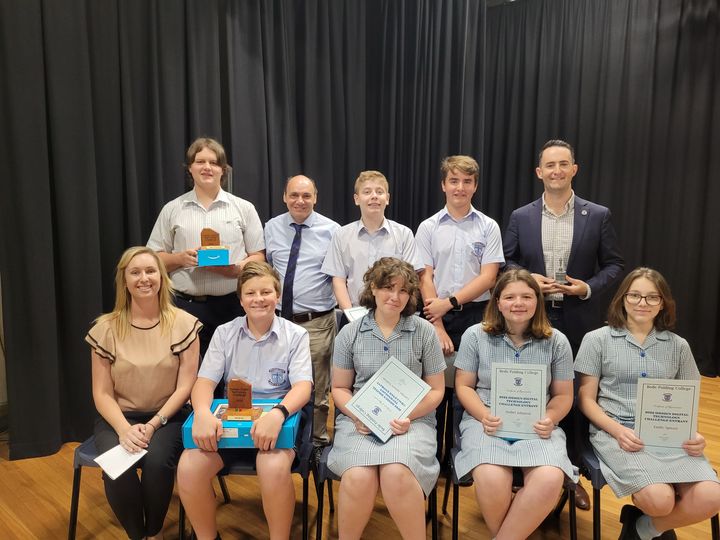 At Assembly today we celebrated the achievements of all of the entrants in this year's iDesign Competition. The entries had a range of prototypes created by students with the aim of solving problems with digital solutions. Projects ranged from apps, interactive mindfulness books, websites, coding and 3D printing. Congratulations to all of the entrants, and in particular to the following major prize winners: First place: Matthew Stevenson Second place: Flynn Bonnello-Garrow Third place: Jack Michael Mitchell Thank you to College Alumnus and IT expert Mr Geoff Quattromani for his ongoing support in assisting with this program, and Mrs Baker and Mr Merlino for their guidance. We look forward to seeing what students create next year! 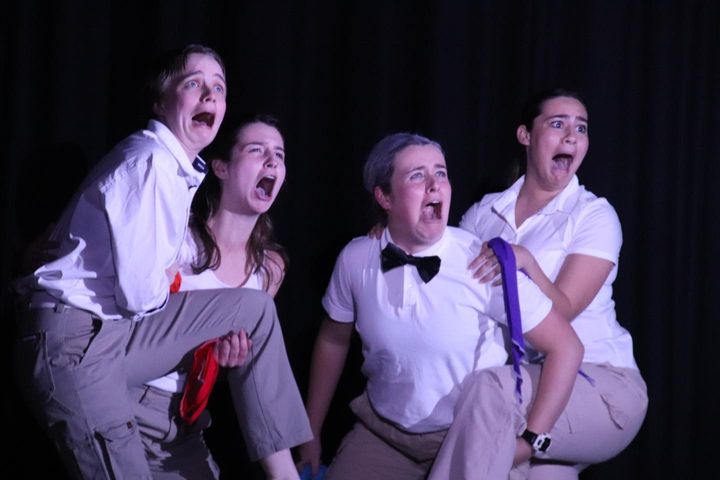 Today we celebrate the Year 12 Drama class of 2022 for receiving three OnSTAGE nominations. Only a small percentage of exemplary HSC performances and projects in the state are nominated, meaning this is an outstanding achievement for these students. 👏🏼 🎭 Congratulations to the following nominees: Group Performance, ‘The Wonderful Dodo of Time’. Performed by Olivia Halliwell, Samantha O’Brien, Jade Stevens and Jayde Vella. Individual Project, Costume Design ‘The Visit: Rags to Riches’. Presented by Olivia Halliwell. Individual Project, Video Drama ‘The Surface’. Presented by Jayde Vella. 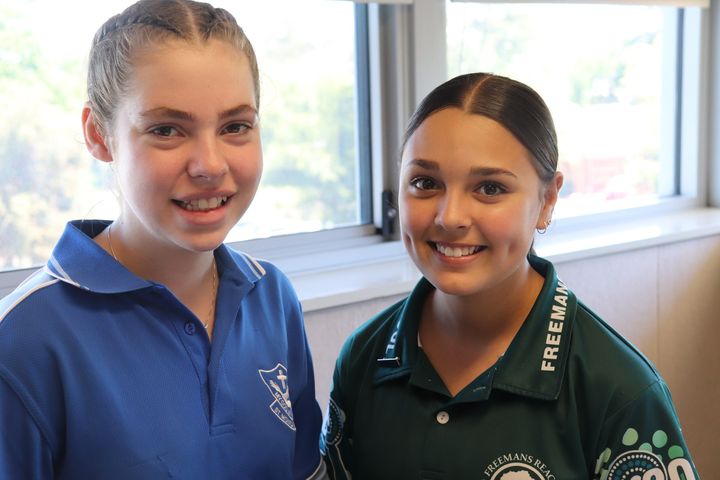 Today we welcomed Year 6 students from dozens of primary schools to the Bede Polding community! With the support of our senior leaders, Mr Marshall and the Year 7 2023 GEM team, new friends were made and much exploring was done! #Classof2028 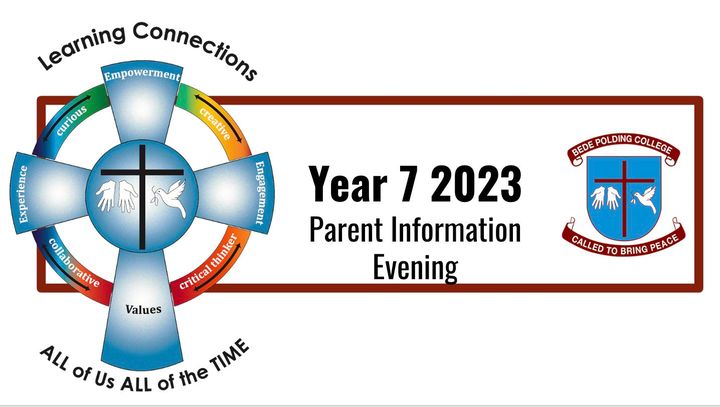 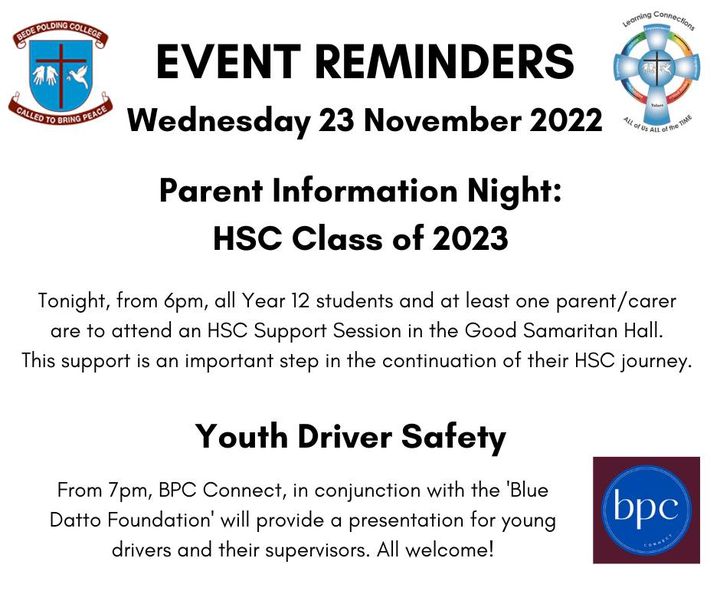 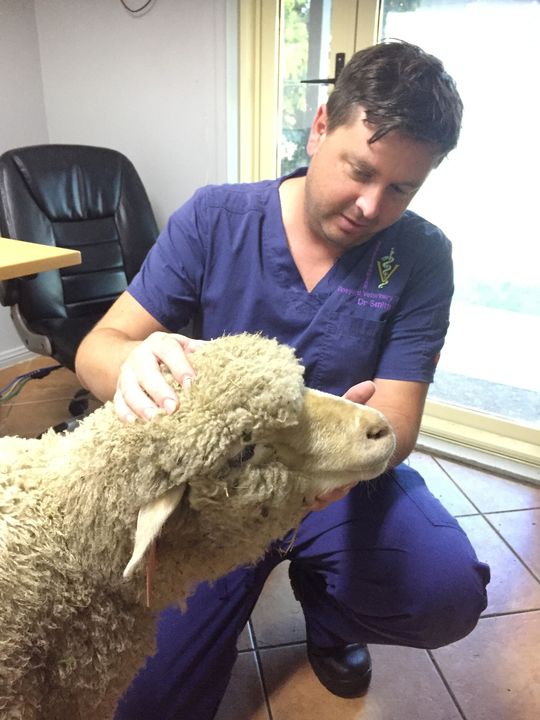 On Saturday, one of our lambs was showing some signs of illness so we quickly transported him to the Vineyard Vet to see Dr Luke Smith. Bede Polding Agriculture systematically vaccinates and drenches our sheep for worms, however, the worms can develop some resistance to the drenches so they must be alternated to lower the risk to the animals. The animal records show that they were last treated on the 24th of September but the lamb was showing signs of lethargy and a swollen or 'bottle jaw'. Dr Luke treated the lamb for worms and also gave him a temporary iron supplement to aid the recovery. All the other sheep at Bede Polding were also treated on Saturday as a precautionary measure. We would like to thank Dr Luke and the Vineyard Vet clinic for the prompt and professional help that they always provide to us and to our ex-student, Chloe Oxley, who checks the animals each and every weekend to ensure their health and safety. 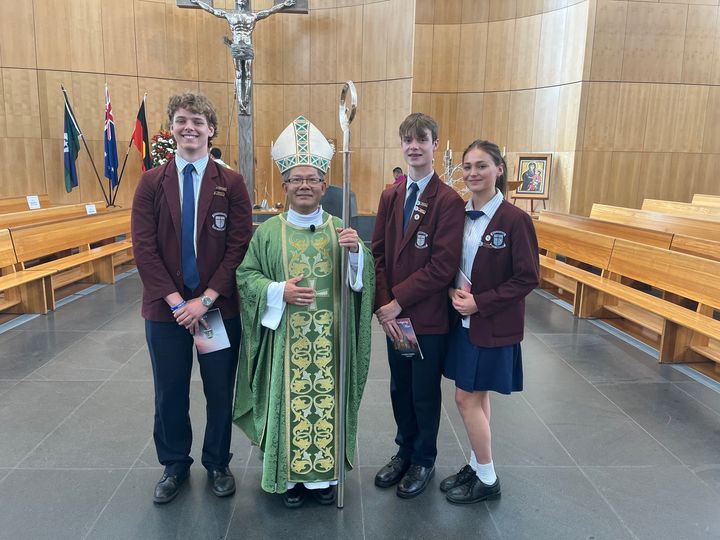 Yesterday, a Thanksgiving Mass was held at the Parramatta Cathedral to celebrate the service and significant contribution of Mr Greg Whitby, who retires as CEDP Executive Director after 16 years. Mr Sullivan, Mr Rodricks-Testa and Mr Aure, along with student leaders Maddison Rodwell, Connor Sims and Rory Callanan, represented the College at the Mass, which was attended by students and staff from all over the Diocese. 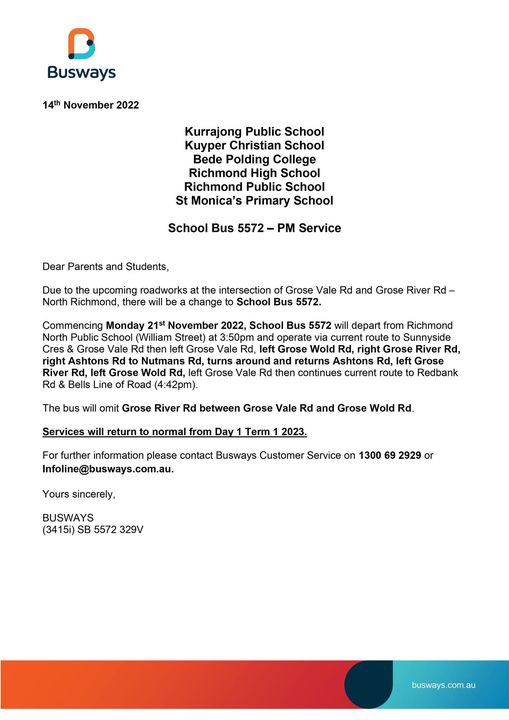