Year 7 get a ’Giants’ kick out of AFL 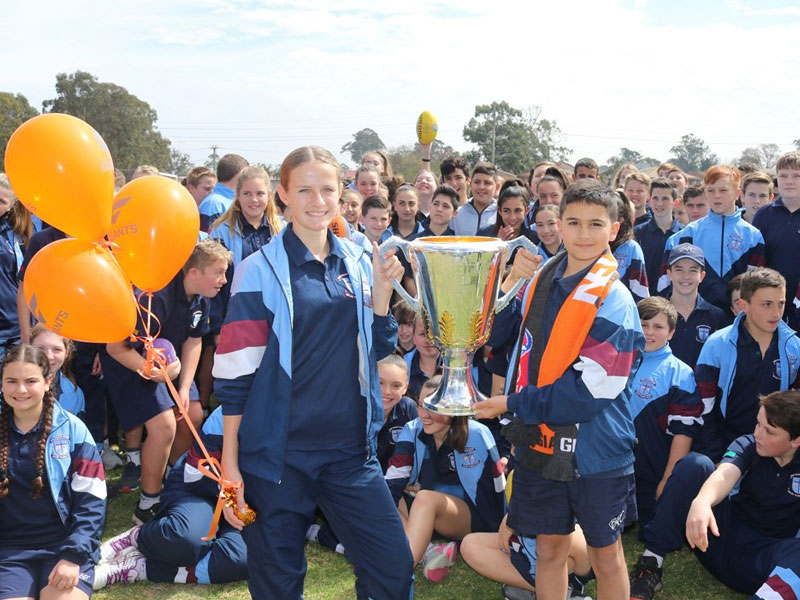 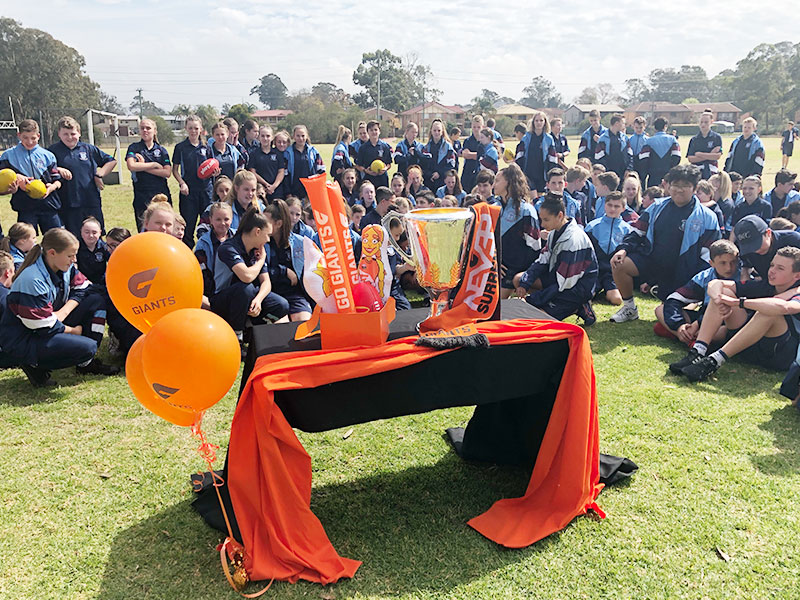 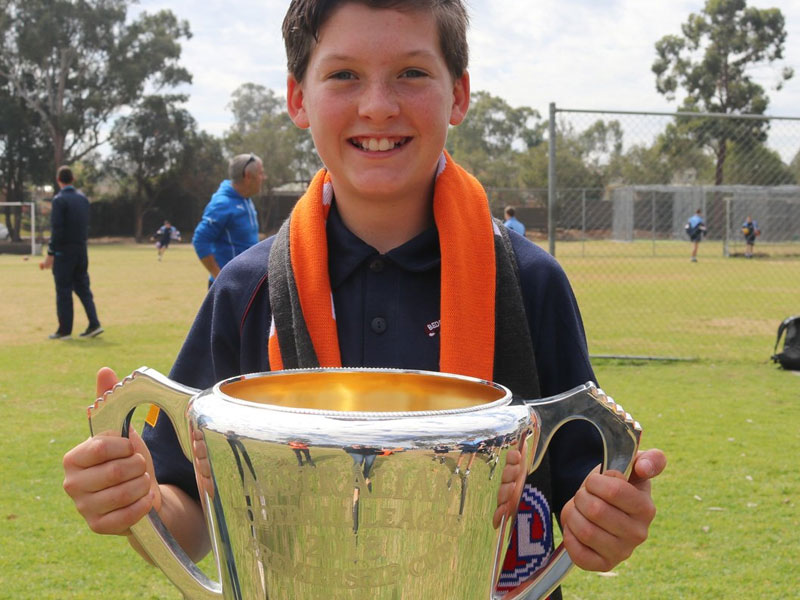 
Each club in the AFL finals series selected one school where the cup would visit, our students were one of 2 schools in all of NSW. Bede Polding College were selected for this opportunity because of the students’ high level of participation each week accompanied by their manners and enthusiasm.

This term during sport Year 7 have been participating in an AFL program coached by staff from GWS Giants AFL. Each week has seen the students develop skills in kicking, hand balling, taking a mark and team work.

Congratulations to all of year 7 for being selected for the GSW Giants photoshoot in their lead up to the finals series. It’s a once in a lifetime opportunity! 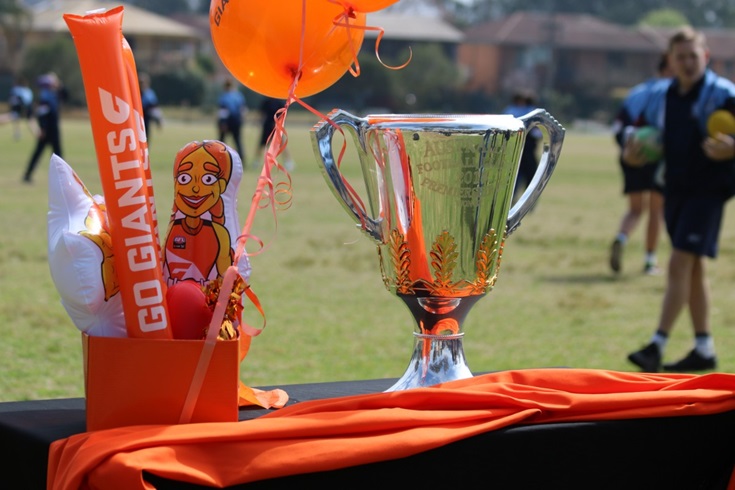 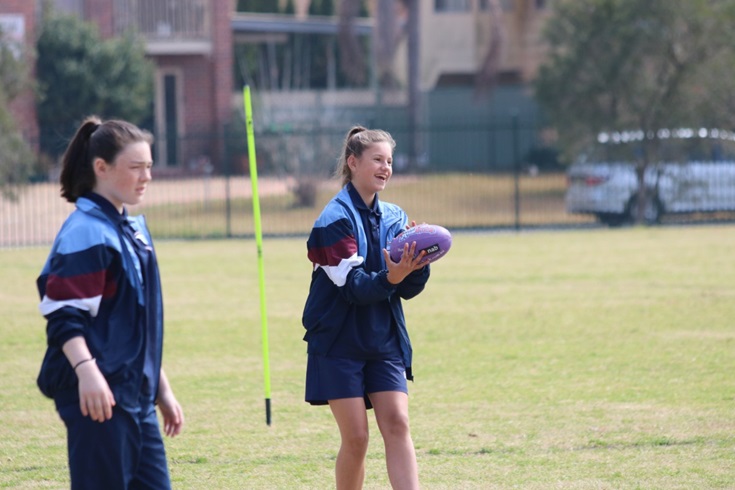 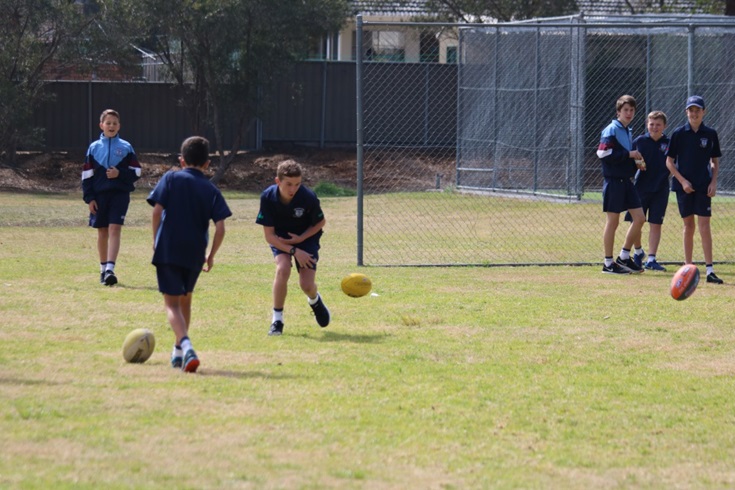 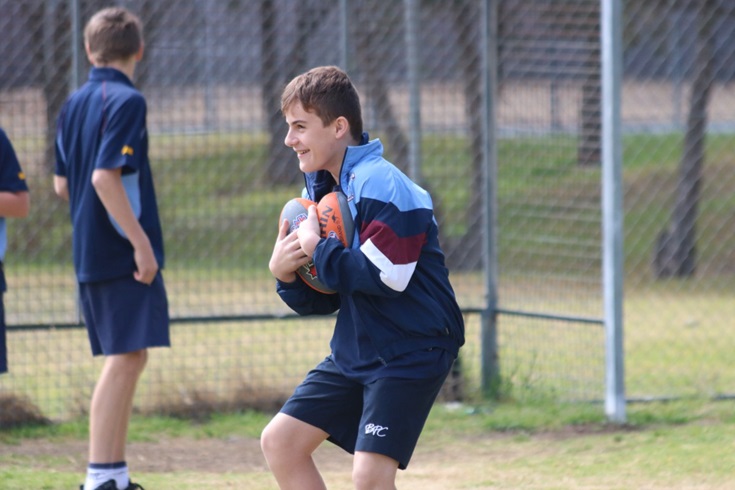 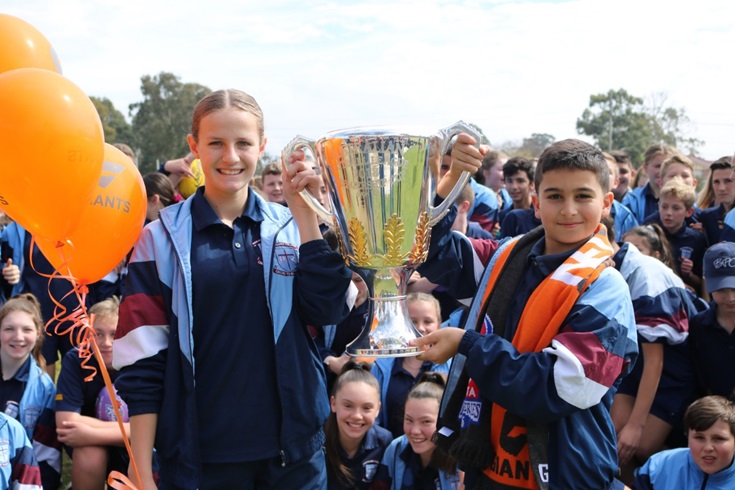 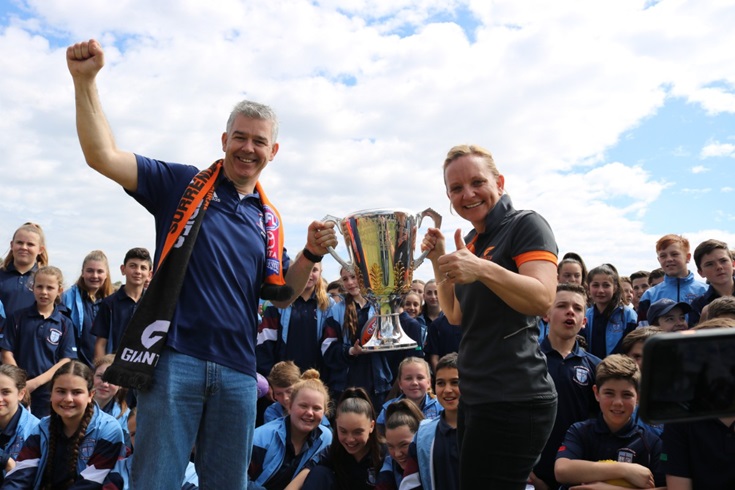 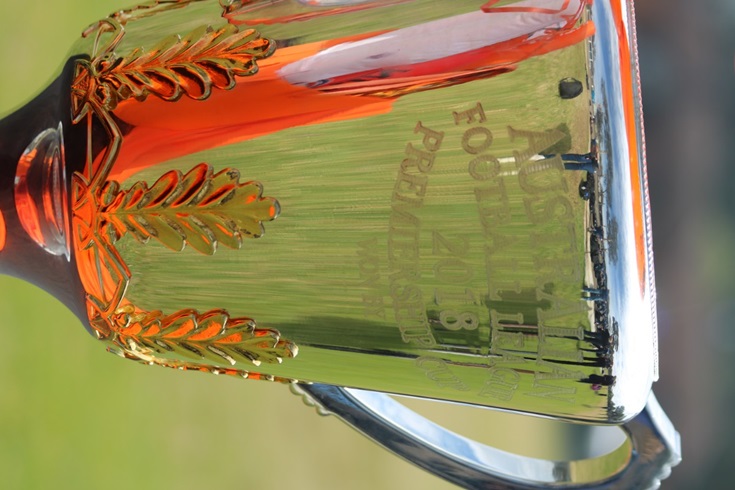 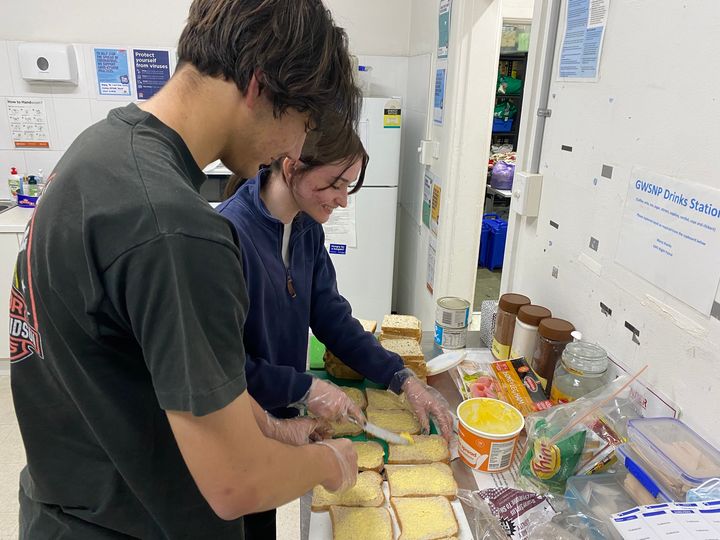 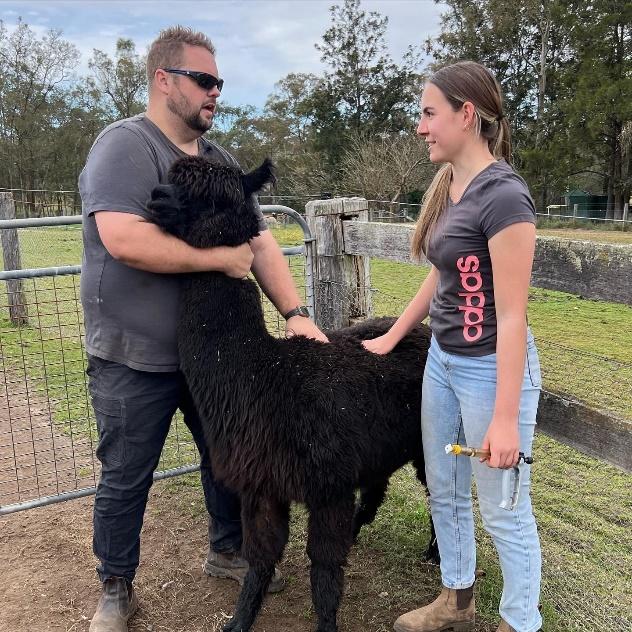 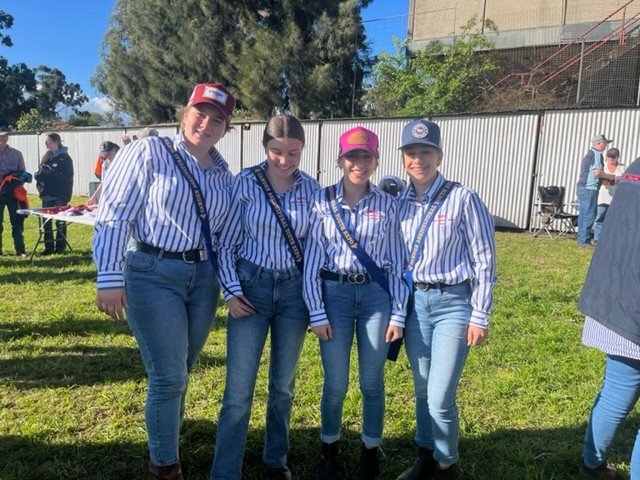 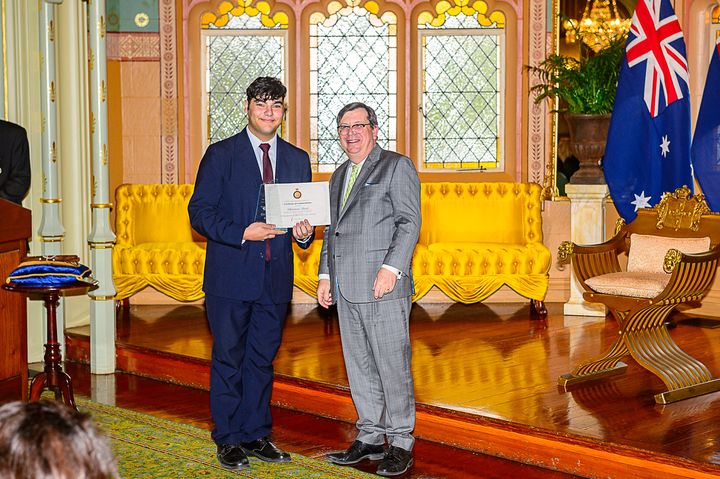 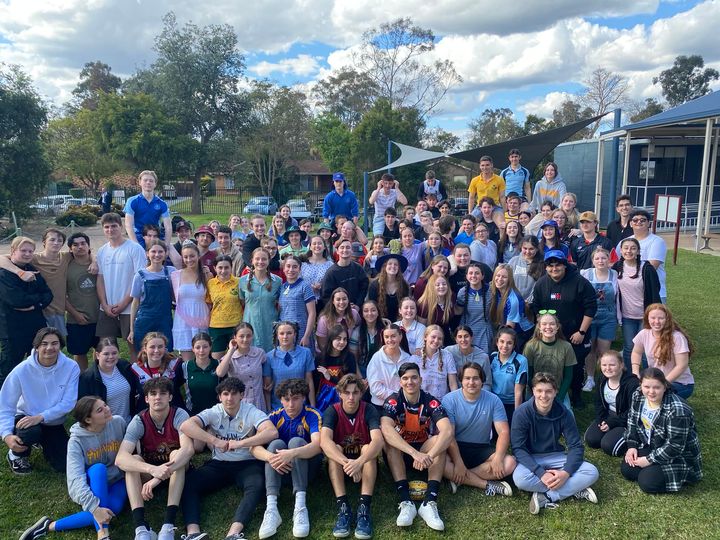 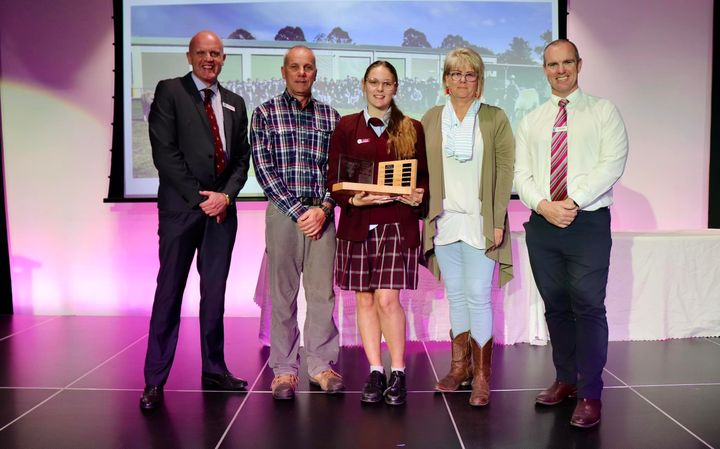 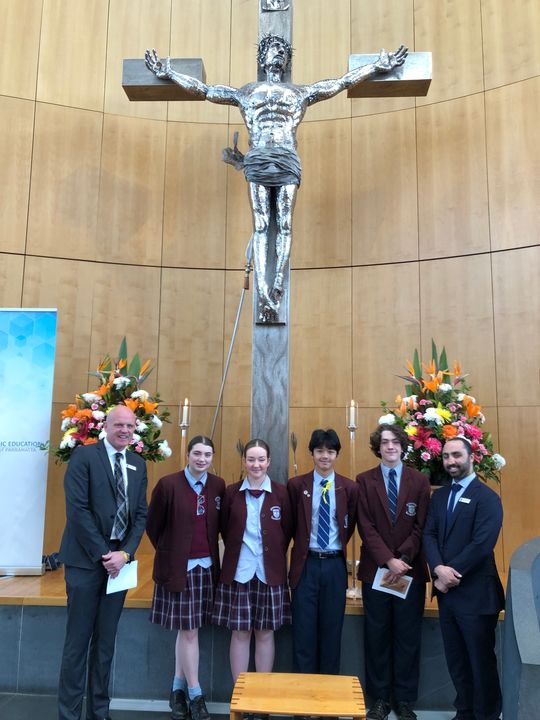 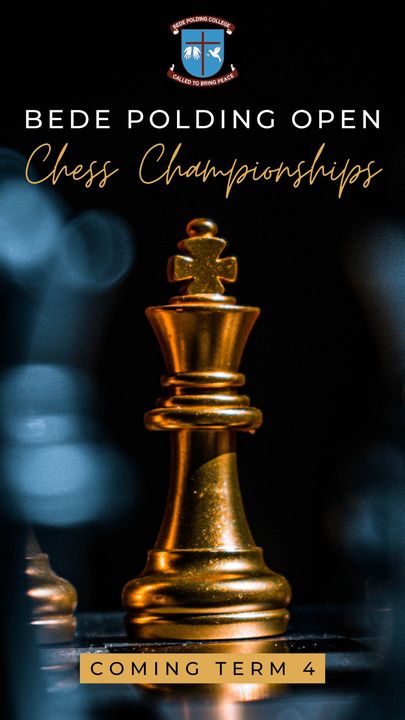 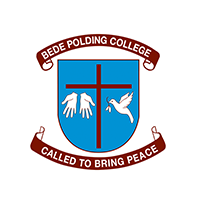 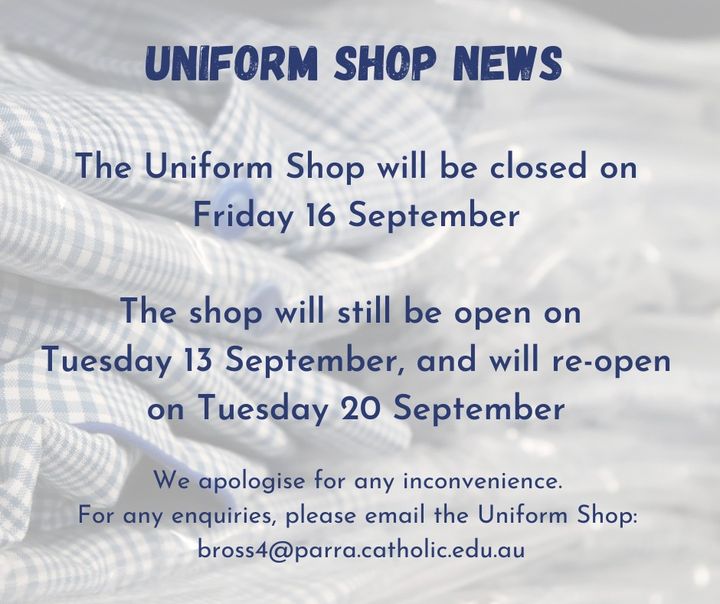 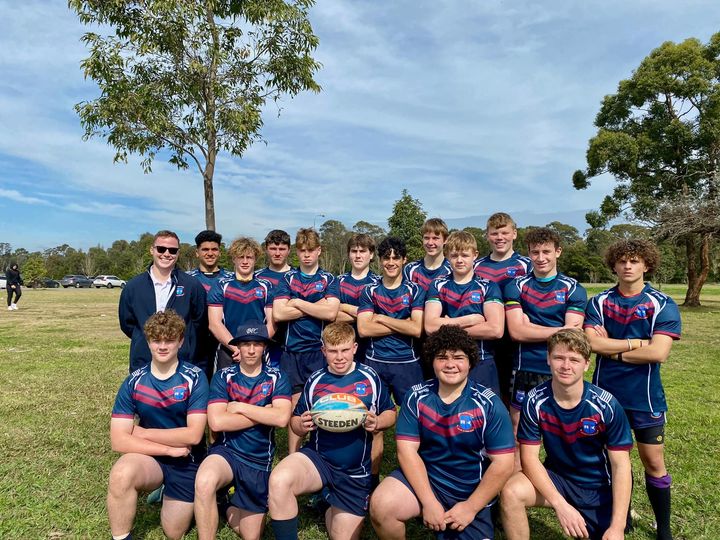 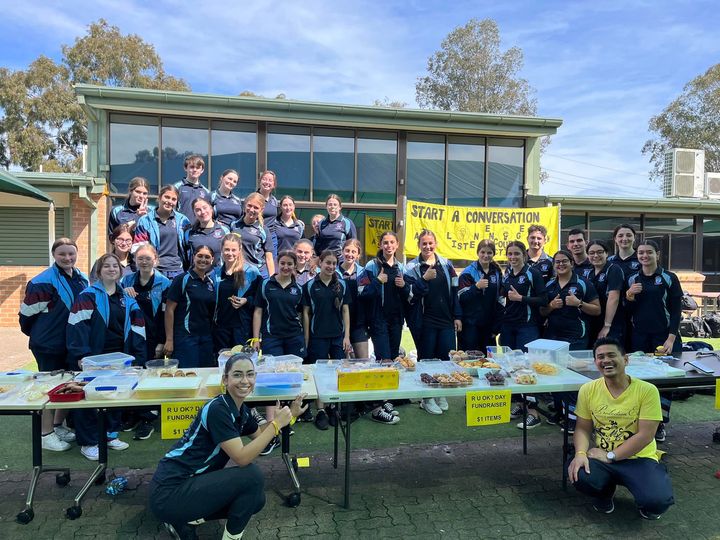 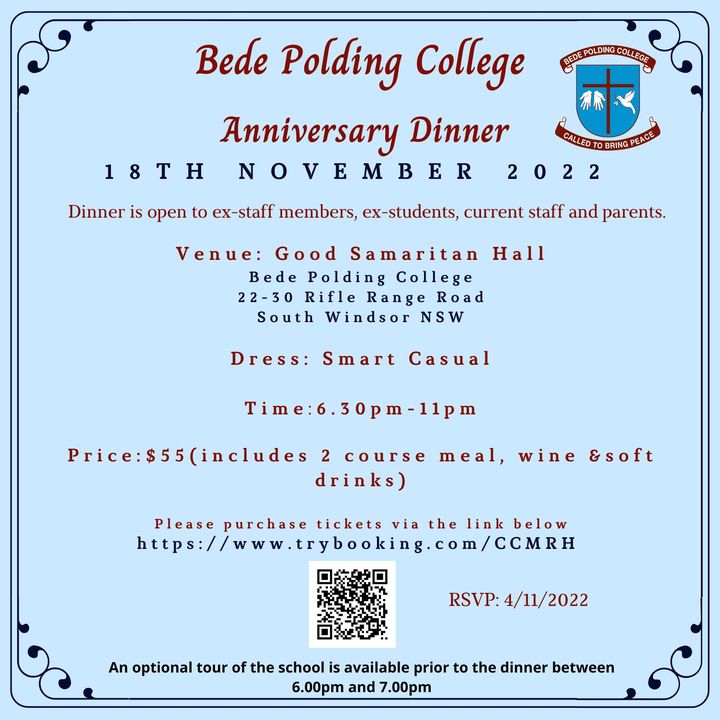 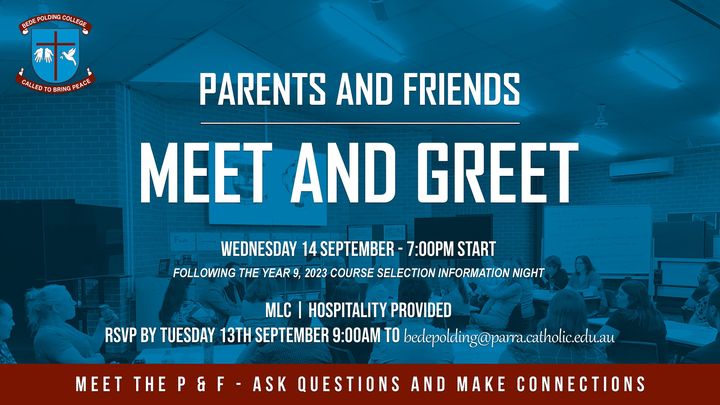 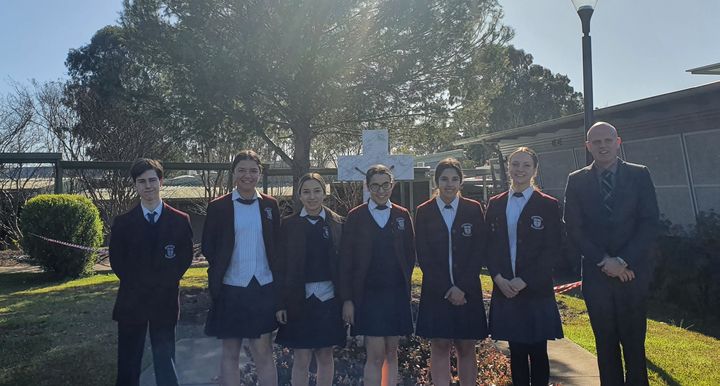